This article contains spoilers for the entire series.

“The prophecy says, ‘Let who sounds me think not of glory, but only salvation.’ It was my salvation I was thinking of. I would sound the Horn, and lead the heroes of the Ages against Shayol Ghul. Surely that would have been enough to save me. No man can walk so long in the Shadow that he cannot come again to the Light. That is what they say. Surely that would have been enough to wash away what I have been, and done.”

As The Great Hunt draws to a close, a Darkfriend is revealed and a redemption arc laid bare. Rand listens, heartsick, to Ingtar’s confession of guilt and his yearning for salvation and Light. It is one of the earliest betrayals of the series, and for Rand, who has counted Ingtar a hero and friend, it is almost beyond the realm of belief.

Lord Ingtar of House Shinowa is one of the first Shienarans we meet in The Wheel of Time. An experienced warrior stationed in Fal Dara, he maintains a trusted position within the command of Agelmar Jagad. In The Eye of the World, he escorts Moiraine and the others to the edge of the Blight on their quest to seek the Green Man’s aid. Later, in The Great Hunt, he is chosen to lead twenty men in search of the stolen Horn of Valere, charged in public with the fate of the Last Battle and “the hope of the world” itself (TGH, Ch. 9).

Outwardly, Ingtar strives to project an unflagging confidence that Shienar will withstand the Shadow. His apparent pride is remarked upon by Agelmar himself: “If Ingtar had to ride alone to Tarwin’s Gap,” the Lord of Fal Dara tells Moiraine and Lan, “he would ride the whole way proclaiming that the Trollocs would be turned back once more” (TEoTW, Ch. 46). And yet, from the very beginning we see cracks in Ingtar’s façade—a slight hesitation before boasting, a smile that won’t quite stay in place. These slips gesture to what lies behind Ingtar’s mask: a categorical despair he seems unable to shake. Convinced, in truth, that Shienar will otherwise fall to the inevitable advance of the Blight, Ingtar has chosen to “make […] peace” with the Dark One in the hope that his nation will be spared (TGH, Ch. 46).

Guilt-ridden over his own abandonment of the Light, Ingtar hopes to redeem himself by performing a legendary feat. He becomes consumed by a desire to retrieve the Horn of Valere, thinking to use it against the Shadow in atonement for his crimes. His dream is, of course, never realized. Instead, trapped in an alley in Falme with the Seanchan a breath away, Ingtar gives his life so that Rand and the others can escape with the Horn. It is, he tells Rand, the price he has chosen to pay for his oaths to the Dark One. 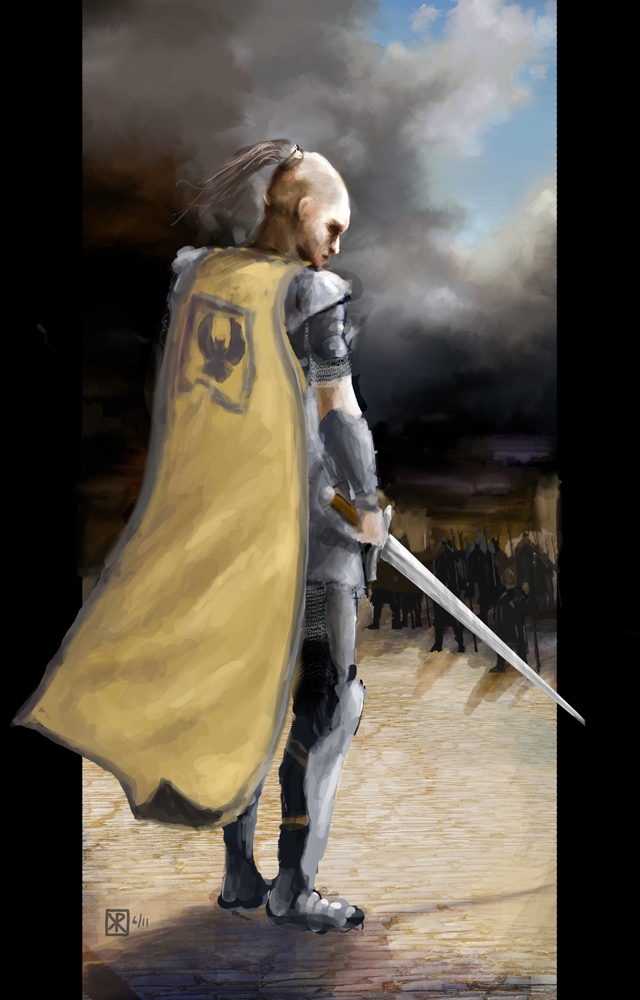 Although Ingtar’s story concludes early in the series, it is intriguing to read it retrospectively in light of later events. The parallels between Ingtar and Verin, who both die defying oaths to the Dark One, cast a curious light on their interactions in The Great Hunt. We might wonder, for instance, about the alternate lives they experience when travelling to Toman Head via Portal Stone. Verin admits to being unnerved by some of the choices she might have made, and Ingtar is likewise shaken. He later reveals to Rand his recurring inability to break free of the Shadow: “I tried to escape what I’d become, but I never did. Always there was something else required of me, always something worse than the last” (TGH, Ch. 46).

Aravine Carnel’s exposure as a Darkfriend in A Memory of Light, along with her relationship to the Horn of Valere, offer equally interesting lines of comparison. Aravine’s fate recalls Ingtar’s fear of eternal service to the Shadow. She, too, expresses a wish to return to the Light, confessing to Faile that she had hoped herself forgotten by the Dark One. Like Ingtar in his alternate lives, however, Aravine ultimately learns her mistake, and it is here that their paths diverge. Where Ingtar chooses death to prevent the Horn from falling into enemy hands, Aravine obeys her orders to deliver the Horn to Demandred, failing only when Faile overcomes her.

Finally, in some ways we might see a kind of affinity between Ingtar and Rand. As Rand leaves Ingtar to his sacrifice and flees Falme with the Horn, he wishes that “he did not feel as if he were running away from Ingtar’s cry, running from what he was supposed to do” (TGH, Ch. 47). In the moment, Rand is thinking of his own wish to stay in Falme, to face the Seanchan and free Egwene from her captivity. He is torn between what he sees as competing duties—to Egwene, to Mat, to the Horn—and any decision he makes thus feels like a betrayal.

However, we can trace deeper connections as well. Like Ingtar, Rand is terrified of what he is and will become, continually seeking routes of escape. And like Ingtar against the Seanchan, Rand will make the choice in Falme to face what he is and Sheathe the Sword against Ba’alzamon. Considered by many to be little better than a Darkfriend himself, the Dragon Reborn knows that he is prophesied to sacrifice his own life after bringing devastation in his wake. It is perhaps, then, no wonder that Ingtar’s final desperate words ring in Rand’s ears: “The Light, and Shinowa!”

Atarah al'Norahn is an Aes Sedai of the Blue Ajah and the Editor of the Tar Valon Times. She lives in Winnipeg, Canada and is completing a PhD in English Literature.